Since its inception, the Tommy Hafey Club has made financial contributions of just under $200,000.00

In addition, many contributions of original memorabilia have been donated to the Richmond Football Club Museum (e.g. leather bound original copies of the books produced for the Jack Dyer and Tommy Hafey Tribute luncheons). 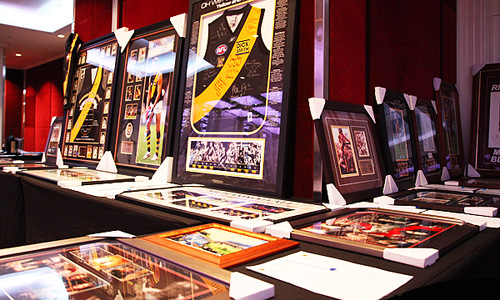 We have 51 guests and no members online